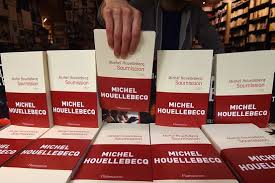 Houellebecq is the new Orwell

The novel Submission by Michel Houellebecq was criticized, and its author threatened, even before it was published. No price was put on the French writer’s head, as it had been with Salman Rushdie, but the fury of the Islamic community was enough for Houellebecq to cancel the presentation of the book and hide. Why? Does it offend Muhammad or ridicule believers? Distort the Islamic religion? Contains falsehoods? No. Submission shows just how France would be if an Islamic party, the Muslim Brotherhood, won elections. And the result would be that the lay, republican and democratic values of the West would be gradually replaced by Islamic law. France would begin to look like Saudi Arabia. Mandatory teaching of Islam for children, proscription of non-Islamic teachers, imposition of clothing standards for women, lawful polygamy, etc. That is, a regression and a nightmare for those who believe in freedom and human rights.

Submission can be compared to George Orwell’s 1984, with the difference that Communist totalitarianism is replaced here by Islamic totalitarianism. However, while Orwell’s brutal prophetic vision has not been fulfilled, the world of Houellebecq already exists in the suburbs of France and other European cities, in which Islamic law has imposed itself on the laws of the respective countries. Polygamy and female genital mutilation are practised, Western women are afraid to walk on the street, homosexuals risk being beaten, and finally, in some mosques, they preach hatred of the West and Holy War. Among its other merits, Houellebecq’s book is a courageous denunciation of the greatest threat to Western civilization since the end of the Soviet Union. With the indifference or fear of politicians, journalists and citizens, if not with the Machiavellian support of politically correct defenders who believe that in doing so they are winning votes for radical leftist parties, Islamic law is being imposed in Europe. The day will come when, because Muslims will be the demographic majority, Islamic power will come through the democratic path. The past shows us that other totalitarian forces have already done so. Big Brother has many faces and knows how to wait patiently for his opportunity.

How and when did it start?

The moment when Islam showed its true face was in 1988 when Ayatollah Khomeini decreed the death of Salman Rushdie – even without reading the novel – because he had created a Muhammad-like prophet named ‘Mahmoud’ in the Satanic Verses. Khomeini decreed that this blasphemy must be punished by the fatwa of the death sentence, and appealed to believers to execute that sentence. And that was enough for many Muslims to decide, from one moment to another, and without having read the work either, to kill a man whose only crime was to write a novel. The Union of Islamic Students Association in Europe even offered its services to fulfill the fatwa. I do not know how many Muslims wanted to kill Rushdie, but at that time, in a community of a billion believers, few voices rose in favor of freedom of speech and against religious obscurantism. Even before Khomeini’s fatwa, there were already public burnings of the book and threats to the bookstores that sold it. The book was banned in several countries. Then there were bomb attacks on bookstores that did not give in to threats in England and the United States. Rushdie apologized, but there was nothing to be done. He was fortunate to be protected by the British secret services and lived in hiding for thirteen years. Rushdie is alive, but others had not the same luck. His Japanese translator was murdered in 1991, the Italian translator was stabbed, the Turkish one was bombed – he escaped, but the bomb killed several people – the Norwegian publisher took three shots and the Egyptian Nobel Prize, Naguib Mahfouz, was stabbed in the neck for signing a manifesto in defense of Rushdie.

From then on, freedom of expression suffered a setback of centuries.

In 2004, the Dutch director Theo Van Gogh made a documentary called Submission in which he denounced abuses against women in Islamic communities: forced marriages, domestic violence and incest were all covered. The documentary script was written by Somali activist Ayaan Hirsi Ali who had suffered genital mutilation at the age of four. Ali constantly criticized Islam, claiming that in its view the role of women was only to have children. Submission again triggered the ire of the Islamic communities, and both Van Gogh and Hirsi were threatened with death. Van Gogh would end up being stabbed to death when cycling and Hirsi had to flee to the United States.

In 2006 the Berlin Opera House did not want to risk their anger and, in the face of the protests of the Islamic community, canceled the presentation of Mozart’s Idomeneo – an opera where there is a revolt of men against the deities and the heads of Jesus, Buddha, Poseidon and Muhammad are cut off. Self-censorship was installed in Europe, to the point that the work of one of the exponents of its civilization could not be represented. To have Europeans afraid to perform Mozart should have triggered expressions of outrage on the part of everyone who cherishes Freedom and an intense public discussion. Because, on that day, terror won. Europe had been leaning against the ropes and kneeled. However, the case was soon forgotten. In fact, I do not remember the forces that call themselves progressive – the same ones that fight for the rights of women and homosexuals, but close their eyes to burkas, polygamy and genital mutilation practiced in Islamic communities – condemning what happened. Many pointed their fingers at the “excesses” of the cartoonists of Charlie Hedbo, at Theo Van Gogh and all those who dared to criticize Islam, but did not lament that Europeans were afraid to play Mozart.

And this is the present reality: all creators are afraid of Islam. So if we consider that Phobos is the Greek god who personifies fear and terror, they are all Islamophobic – not in the sense of hating a religion, but rather in the sense of the fear of what might happen to them if the prophet of Islam is slighted.

I dare to think that if Orwell were alive he would have not only manifested his support and sympathy for Rushdie and Houellebecq, but would have written some chronicle or perhaps even a novel alerting us to the religious Big Brother that threatens the Western world. Such a novel might feature a second Winston Smith who, after being imprisoned and tortured for blasphemy, ends up genuinely converting to Islam. 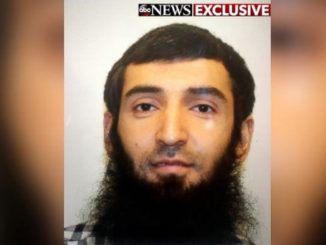