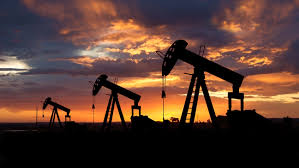 New technology and dying industries once made the Rust Belt yesterday’s news, draining some of its Northeast and Midwest states of population and hope.

There are signs that some cities and other pockets of the long-struggling region are rebounding, though. And some credit for renewed optimism goes underground – to the valuable natural resources beneath the Rust Belt’s surface, which relatively new technology helped unearth and unleash as big economic factors.

“Natural gas is a game-changer for this region,” says Greg Kozera, director of marketing for Shale Crescent USA (www.shalecrescentusa.com), a non-profit, non-political group of business and community leaders from Ohio and West Virginia. “Why is the Rust Belt coming back? Cheap natural gas and natural gas liquids, and what makes it all come together is transportation accessibility; the area is close to market. This region is within a day’s drive to over half the U.S. markets. Right here, you can drill the wells and produce the liquids that make the products.

Kozera details three ways the Rust Belt can be impacted economically through the value and potential of its natural resources:

“If you took eastern Ohio, southwest Pennsylvania, northern West Virginia and drew a circle around that whole area and made that a country, we would be the third largest natural gas producer in the world,” Kozera says. “That’s a big game-changer for the region.”

Greg Kozera, director of marketing for Shale Crescent USA (www.shalecrescentusa.com), is a professional engineer and an environmentalist with more than 35 years of experience in the natural gas and oil industry. He also is the author of the books Just the Fracks Ma’am and Learned Leadership. Kozera is a past president of the Virginia Oil & Gas Association (an all-volunteer organization).